Six teams—each with students from graphic design, industrial design and interior design—created unique design concepts for a museum exhibit celebrating the 200th anniversary of Napoleon’s death in 1821 for the Trajan Market Museum in Rome. 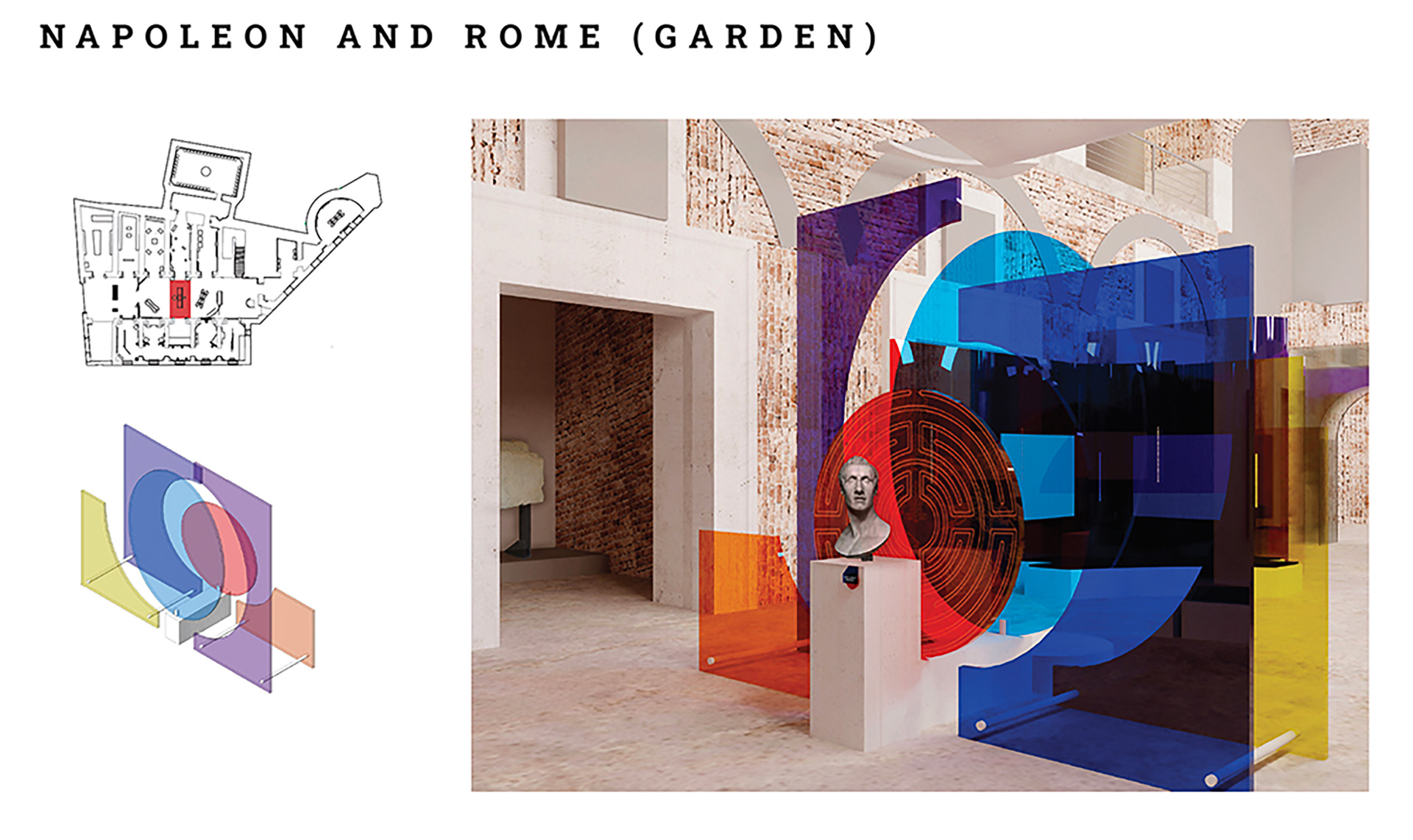 An interdisciplinary design studio class was broken into three main phases to help students develop their proposals but executed in a manner that allowed individual teams to take ownership of the project.

Design concepts were competitively presented to help realize the optimal design for realization in the Italian Museum.

Through the creation of a comprehensive exhibit design proposal, an interdisciplinary student team depicts Napoleon’s life, the empire he built, and his complex, multifaceted relationship with Rome.

Three team instructors, representative of the student’s home departments, mentored project concepts through these phases that also included a site visit to Rome. Each team developed their own overarching concept, narrative, identity, graphics and dimensional mock-ups of their spaces. 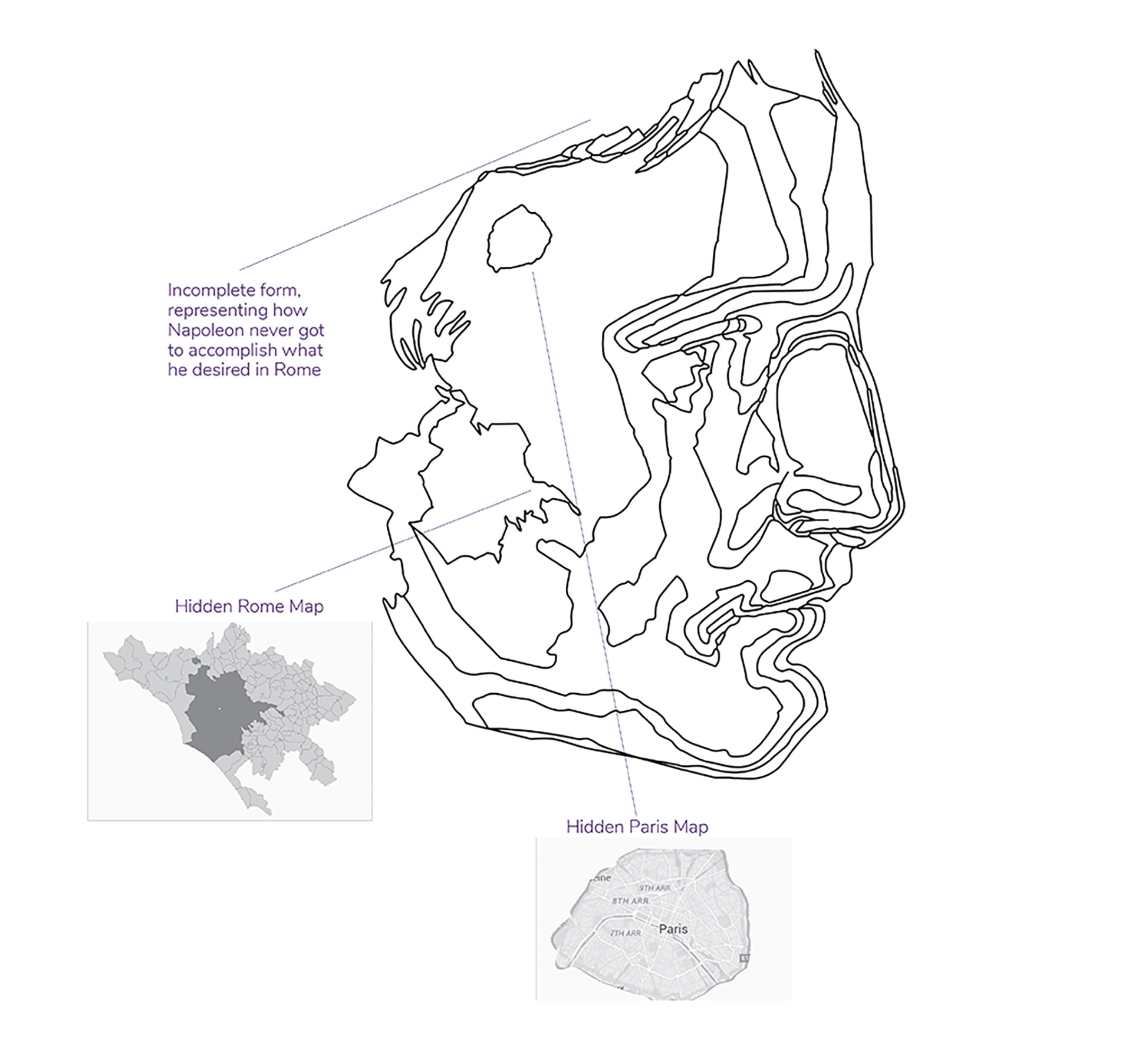 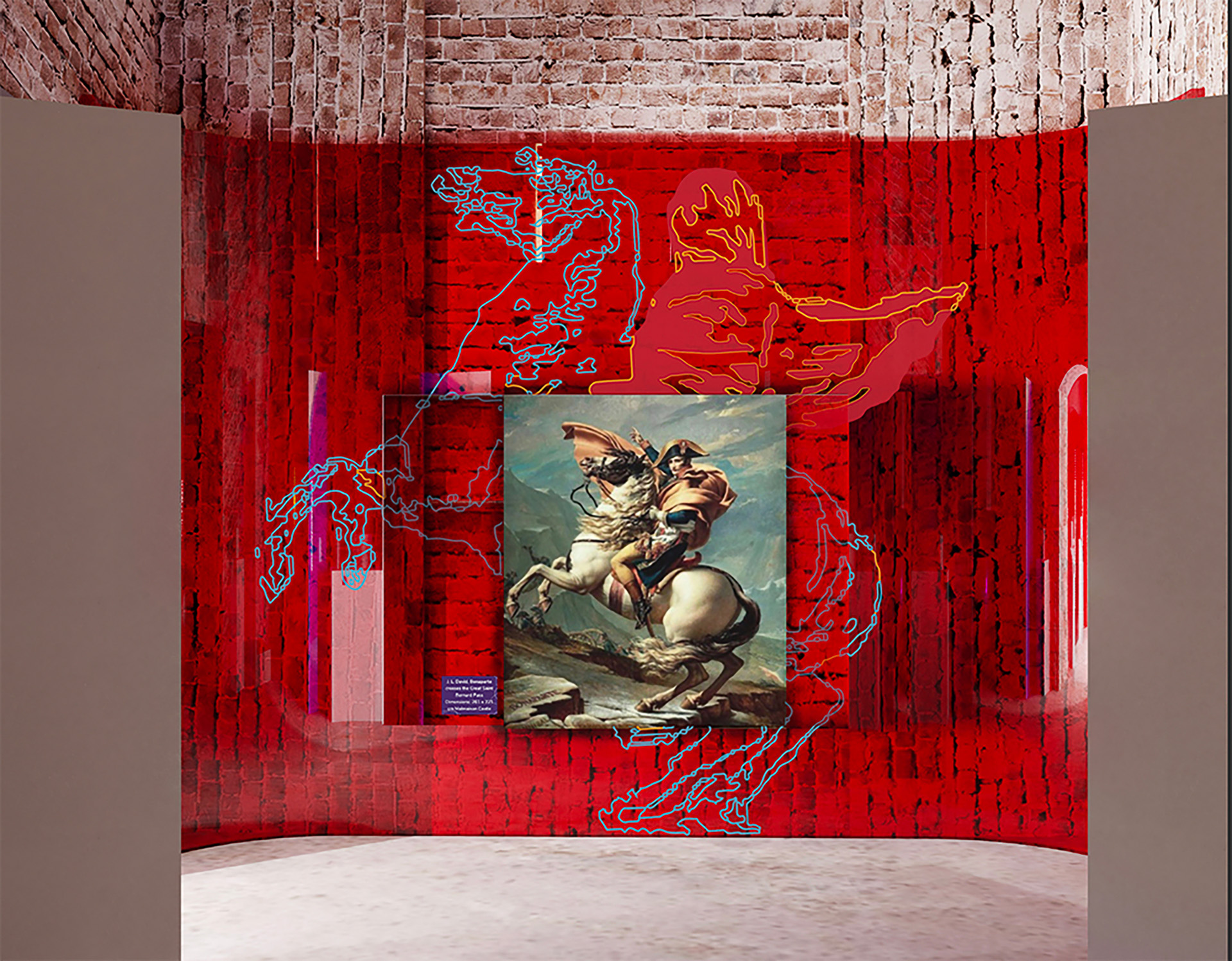 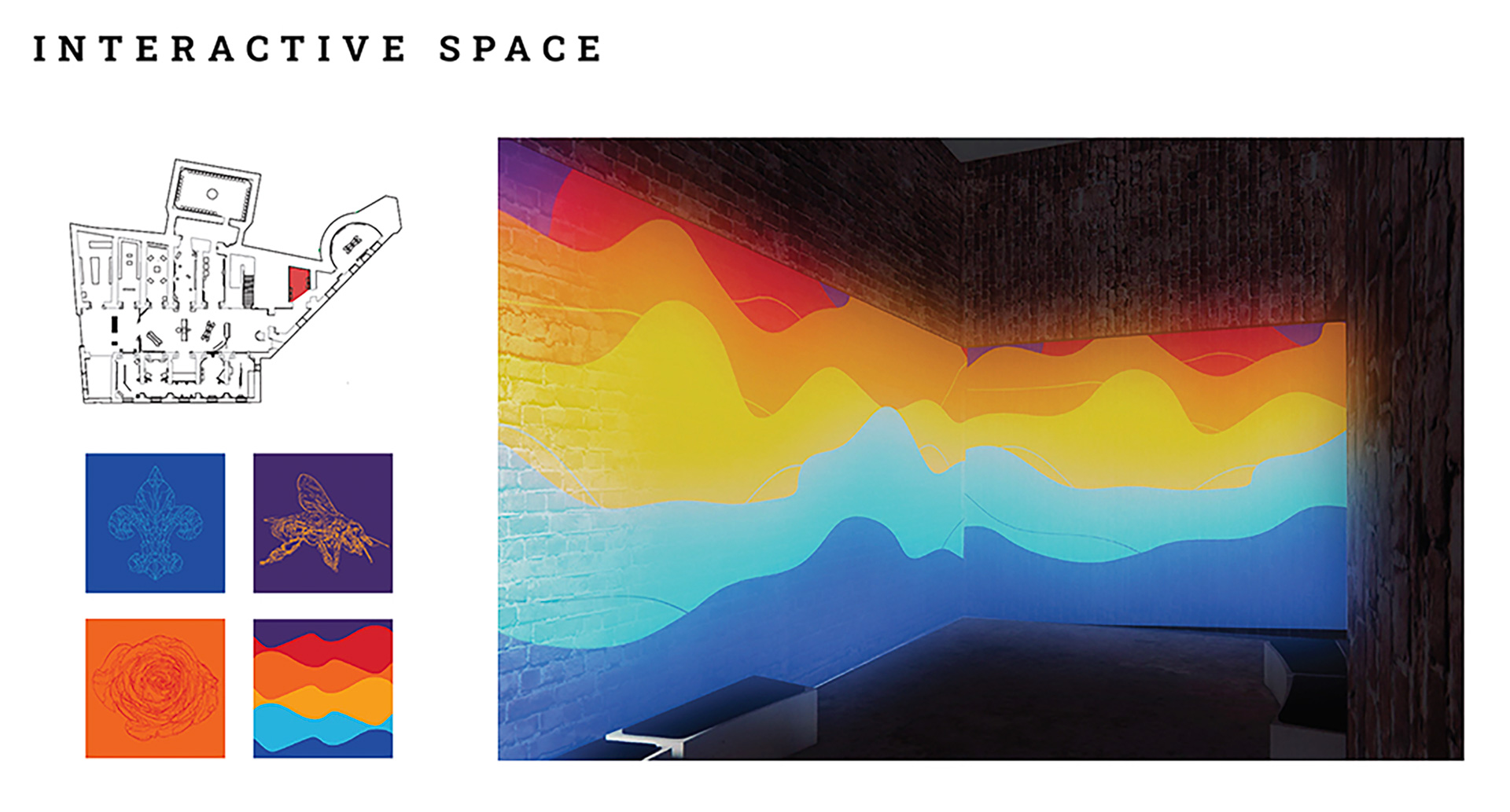 The graphics demonstrate how the branding and exhibit graphics engage the audience to unravel Napoleon’s life narrative interwoven with the display of related Roman antiquities.

The lifework in the design throughout represented the varied topography of Rome, the incomplete realization of Napoleon’s vision, and the excavations Napoleon was responsible for, which unearthed, maintained, and recovered many of the antiquities displayed in today’s museums. In addition, there are hidden figures of Paris and Napoleon in the key identity graphic developed for the project. 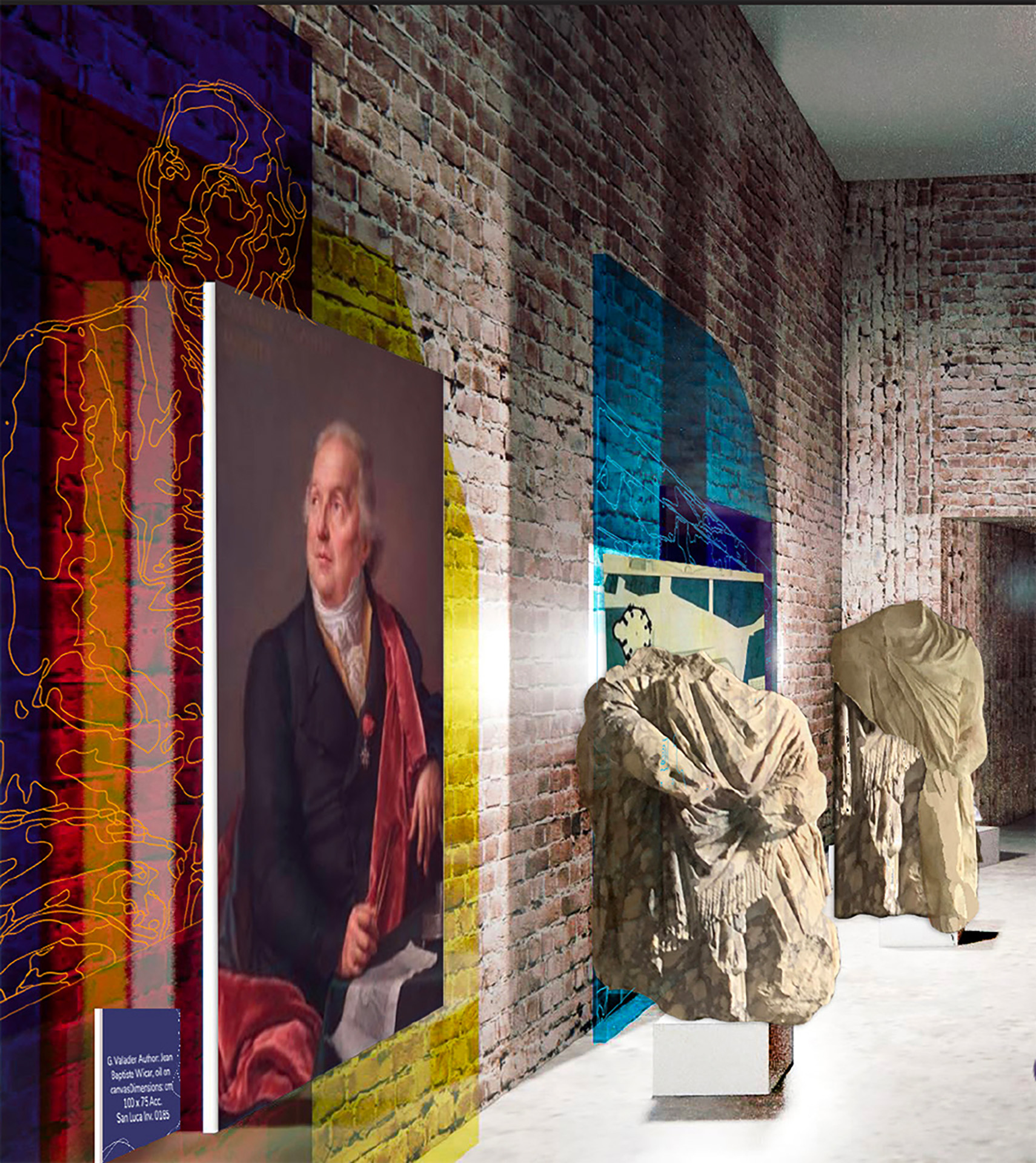 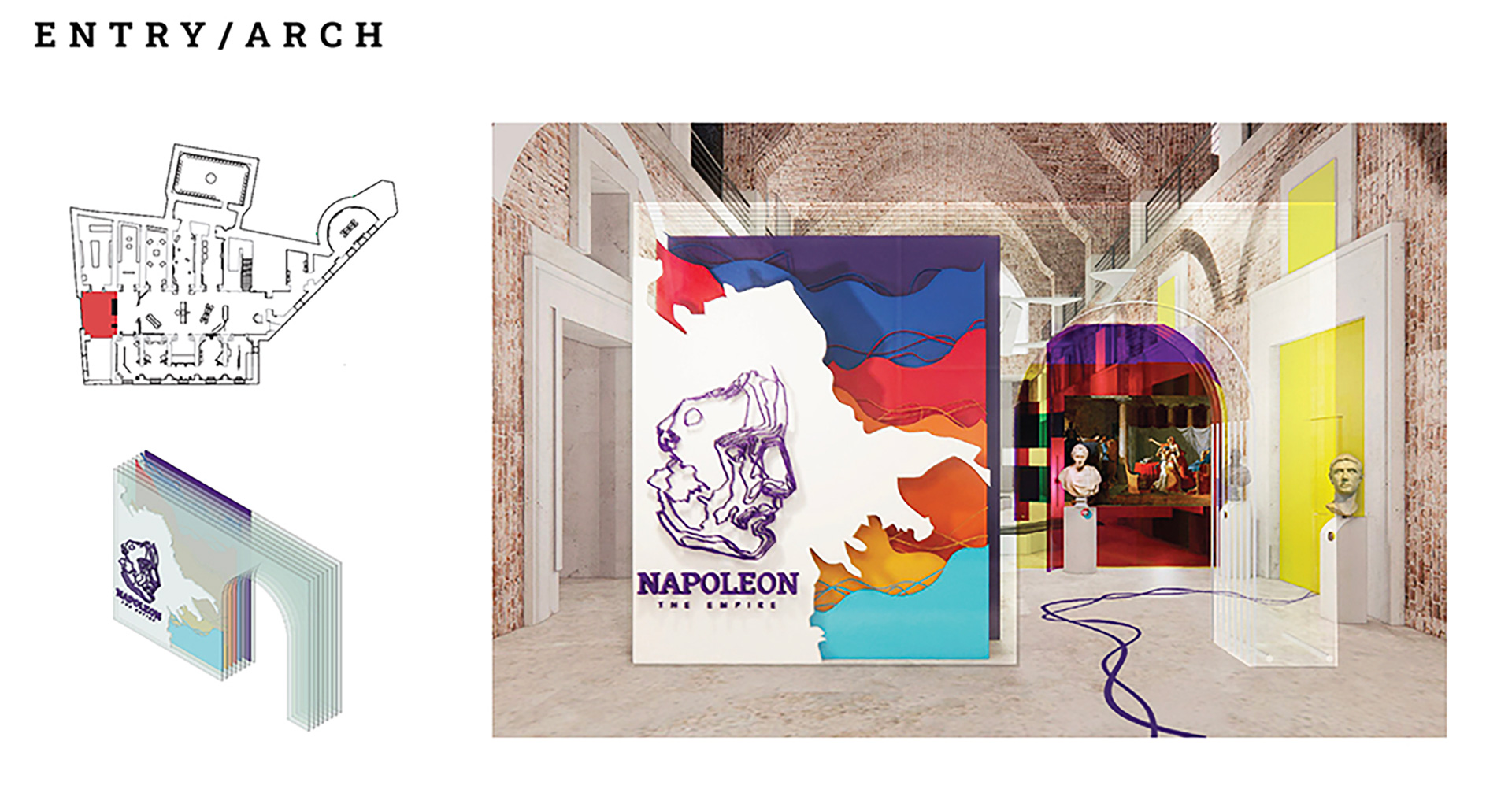 “The deconstructed colored plexiglass sculpture in this project creates a complex and striking play of three-dimensional shape, color, and light.”

“This student project understood that place matters. The beautiful architecture w not hidden but celebrated. I liked how the colorful interventions enhanced both the space and the artifacts.”

The Writing on the Wall