In Love with the World

This project begins with a central question: what would it be like to live with new, emergent forms of intelligence? In the public imagination, we think of machines in binary dichomotomies – either as a master or slave to the human race. Either machines exist to serve us, or if they become intelligent enough, will take over and control us. But what might a world look like where machines have broken free of this dichotomy, and instead we think of them as a new branch in the tree of life? 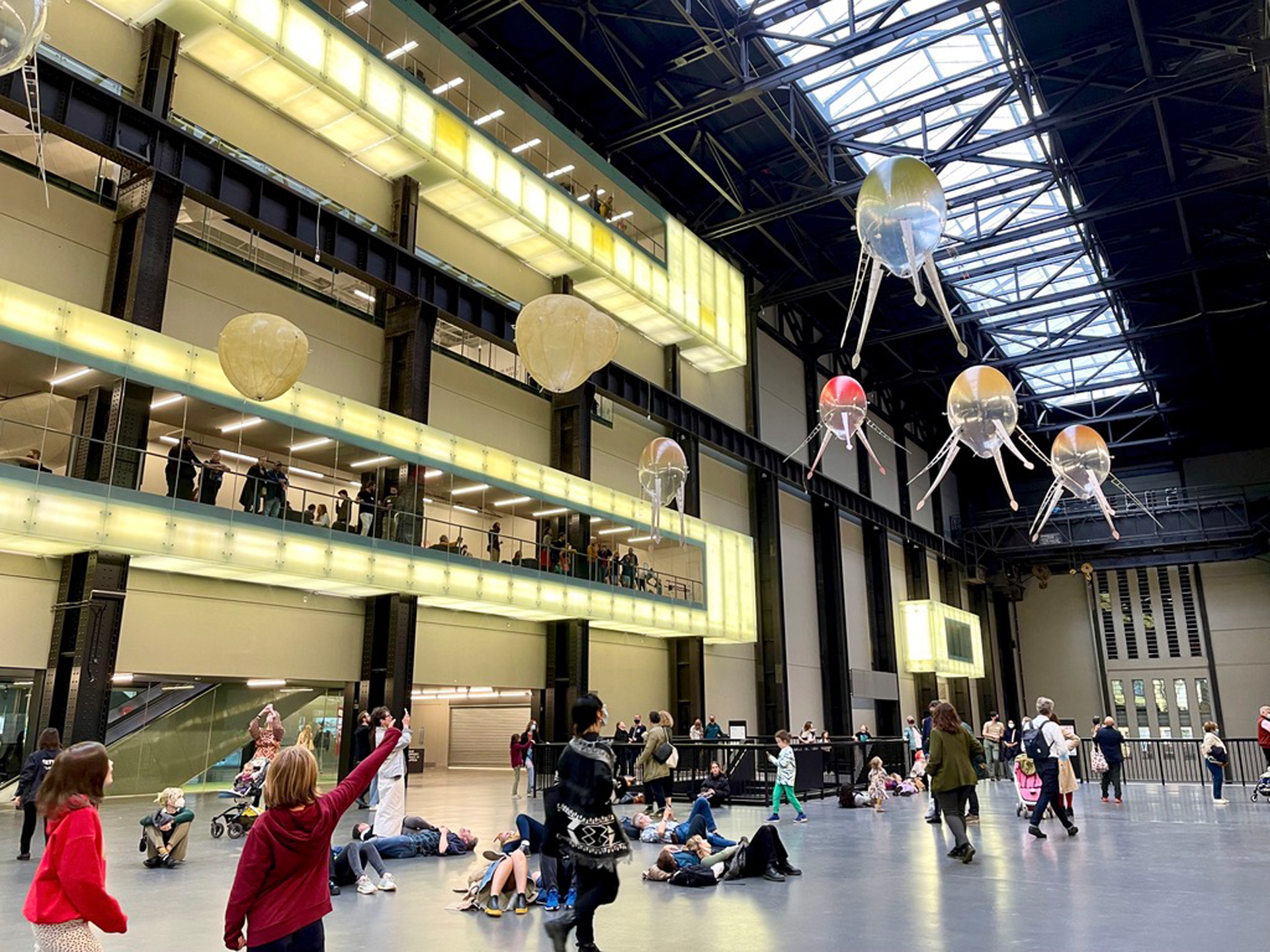 For the Tate Modern's Hyundai Commission, conceptual artist Anicka Yi sought to create an installation that could prompt viewers to think about new ways that machines might inhabit the world.

Through this work, she sought to ask viewers to think about removing distinctions between plants, animals, humans, and machines, and to consider how removing these distinctions affects our understanding of ourselves as humans, and the ecosystems we live in.

The team wanted to give visitors the opportunity to reflect on their relations with robots and artificial intelligence, and open their minds to new possibilities of collaboration and co-existence that subvert our current paradigm.

The project sought to create an Aquarium of Machines; a space where audiences could experience a speculative future where artificial intelligence is thought of not as emulating and surpassing human intelligence, but rather a hybrid intelligence much closer to plants and animals. 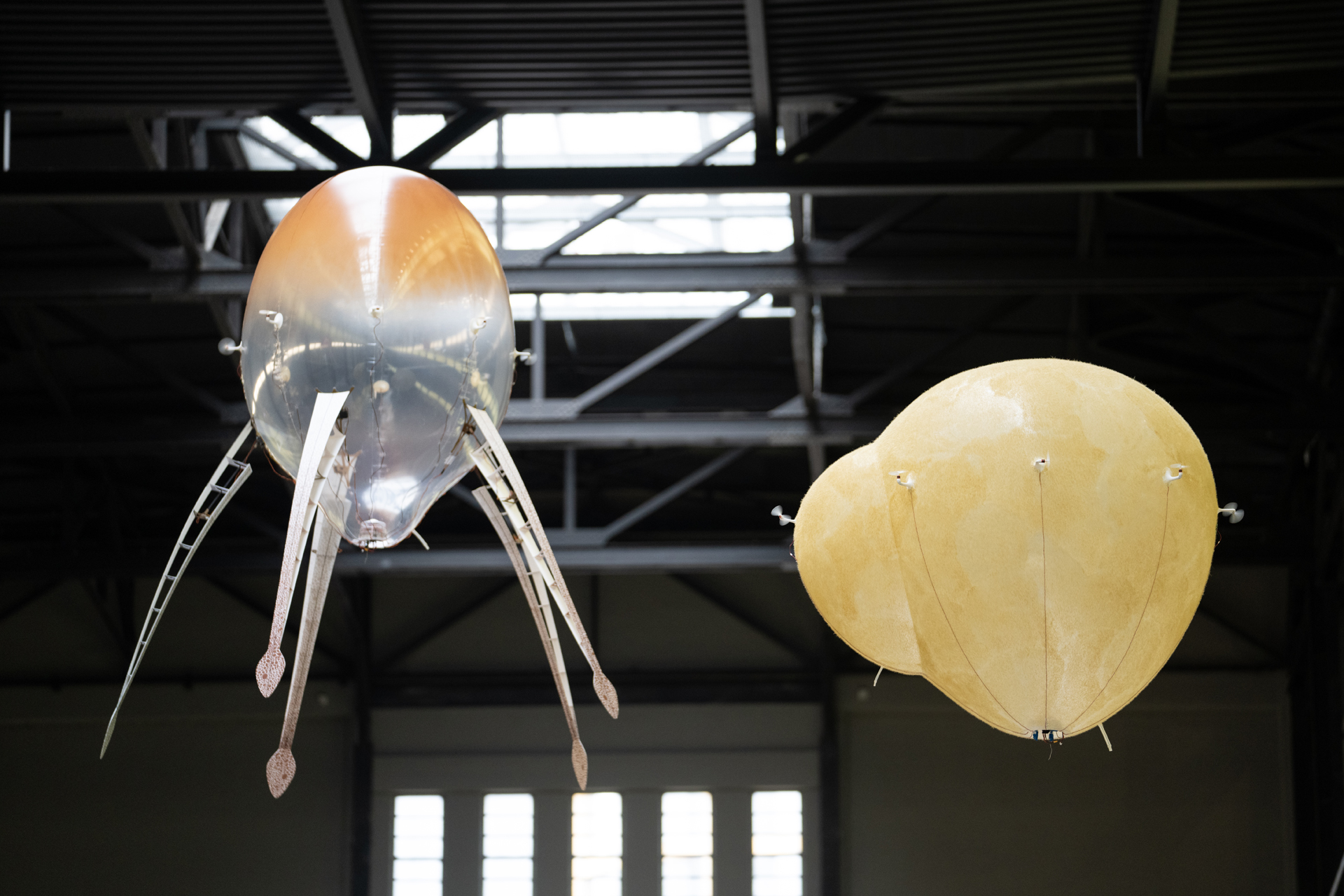 Close-up of the two species of Aerobe; Xenojelly (left) and Planula (right) A visitor watches the Aerobes from a second floor window Visitors watch the Aerobes from a third-floor window

Each of the twelve Aerobes was given an artificial intelligence with its own motivations, perceptions, and goals; and based off of this behavioral modeling, was allowed to roam freely for the duration of the exhibition with no human intervention. The mysterious and sometimes playful behaviors of the Aerobes was designed to ask visitors to reconsider where the boundaries lie between life and machines, and new ways that we could share space and co-exist with them. Aerobes as seen from below; visitors often lie on the ground and view them from this perspective, where they can watch the tentacles slowly open and close.

In Love With The World

Visitors interact with the flying machines — we can see children playing and adults meditatively watching from below.

Close-up of the two species of Aerobe; Xenojelly (left) and Planula (right)

A visitor watches the Aerobes from a second floor window

Visitors watch the Aerobes from a third-floor window

Aerobes as seen from below; visitors often lie on the ground and view them from this perspective, where they can watch the tentacles slowly open and close.

“This installation is very interactive with the public and pushes the idea of what is considered to be a public installation. These aerobes complement the space and create a new place for artificial intelligence to live and coincide with the human race.”

“To create work which creates a suspension of disbelief around the perception that luminous aerobes are not alive is fantastic. The biomimicry used within the fabrication of these creatures is of the highest order.”

Dialogue with You and Me

One Park: Building a Holistic Visitor Experience at Washington Park